The Georgian Military Road (ca. 212 kilometres long) runs between Tbilisi (Georgia) and Vladikavkaz (Russia) and follows the traditional route used by invaders and traders throughout the ages. From Vladikavkaz, the road stretches southwards up the valley of the Terek before passing through the Darial Gorge (which marks the border between Russia and Georgia). It then passes Mount Kazbek and Gergeti Trinity Church before heading south-west through the Georgian region of Khevi to the Jvari Pass, where it reaches its maximum altitude of 2,379 meters (7,815 feet) (42.5042°N 44.4538°E). Not long after the pass the road passes the Russia–Georgia Friendship Monument, a large concrete monument built in 1983 to commemorate relations between the two countries and the bicentennial of the Treaty of Georgievsk. The road then turns south-eastwards, following the Tetri Aragvi River through Mtiuleti down to the town of Pasanauri, before heading due south. It then passes below the walls of the medieval fortress of Ananuri before cutting across the wide floodplain of the Tetri Aragvi down to a point just north of Georgia's historic capital, Mtskheta, where it merges into Georgia's main East-West highway (the E60). In this guise, the Georgian Military Road technically continues along the right bank of the Kura (Mtkvari) River before reaching nearby Tbilisi. 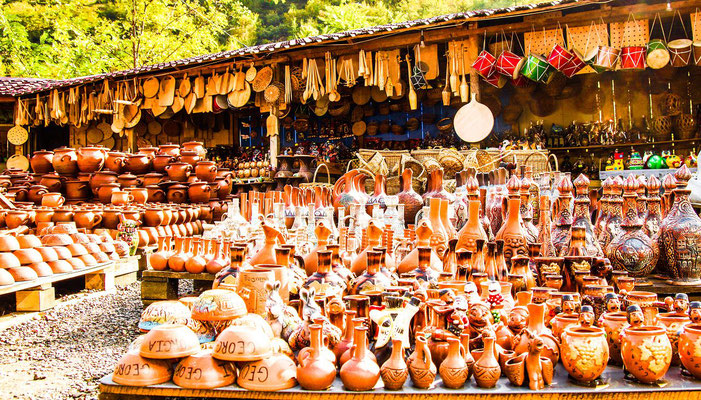 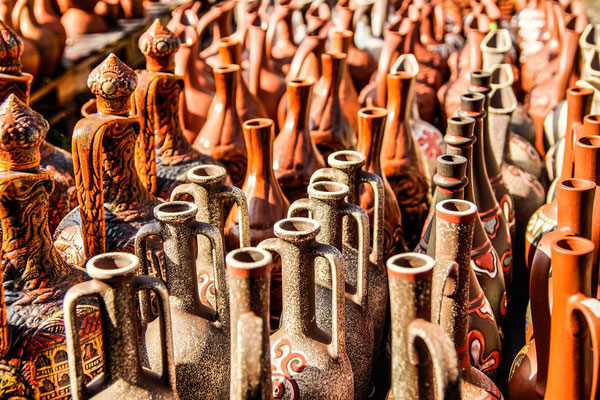 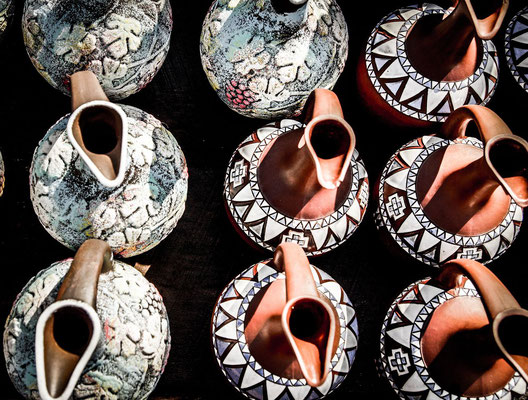 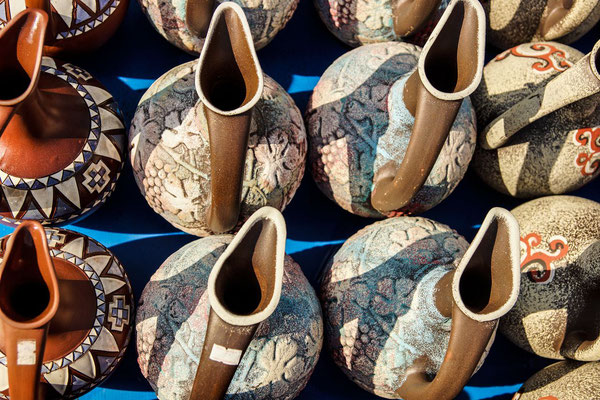 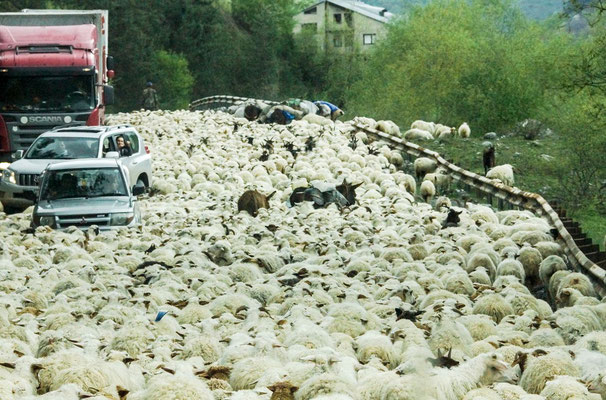 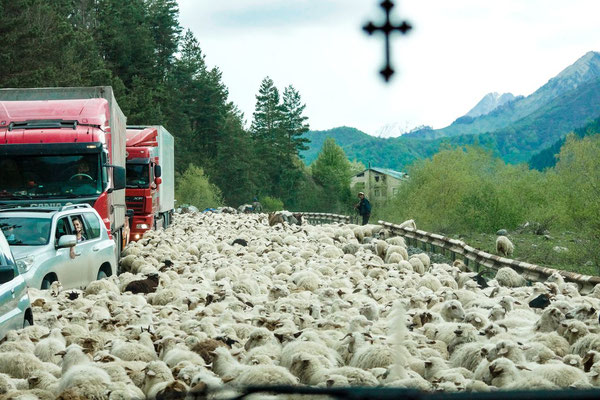 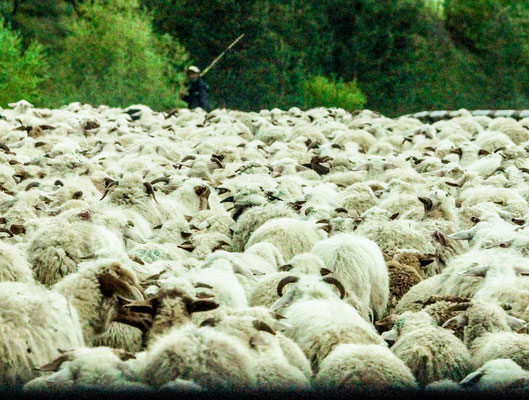 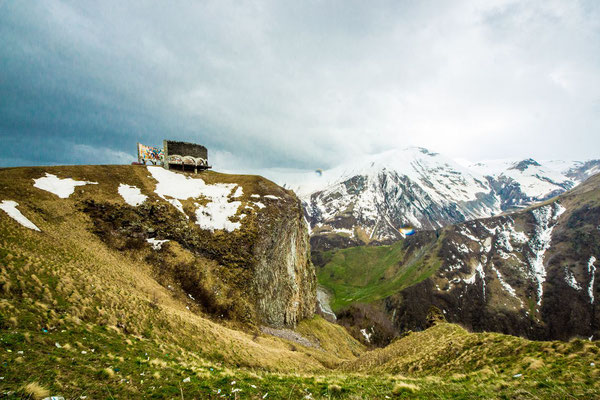 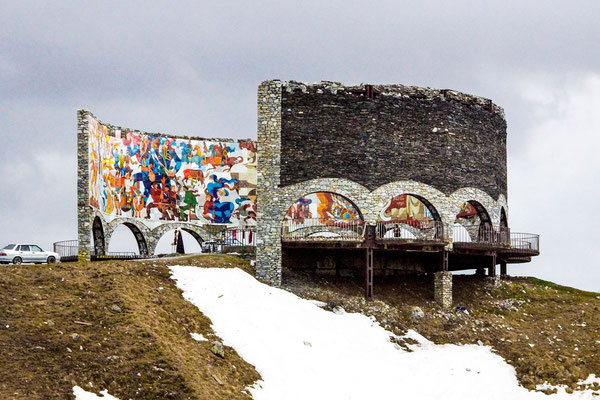 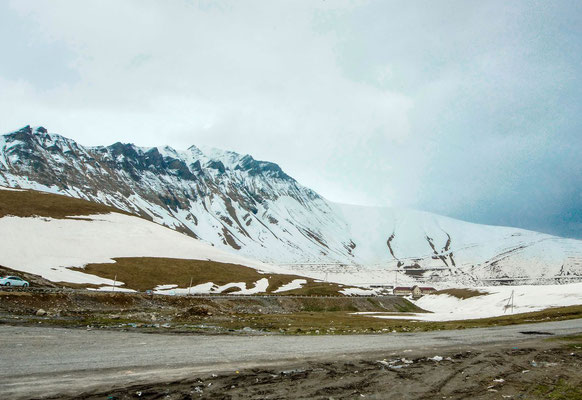 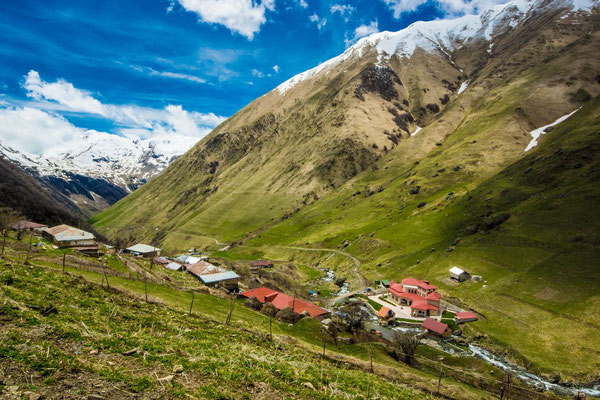 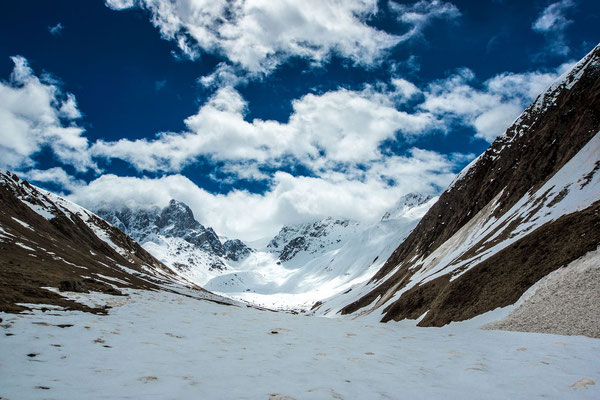 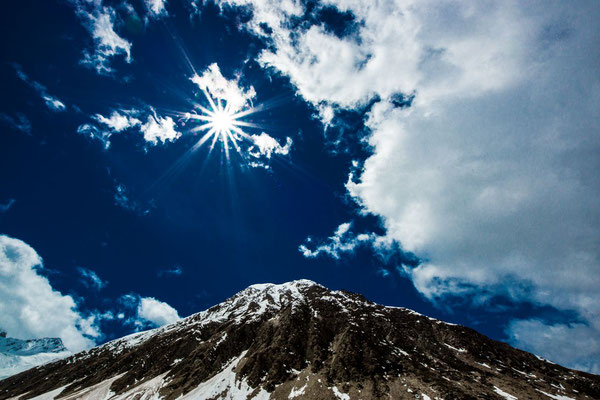 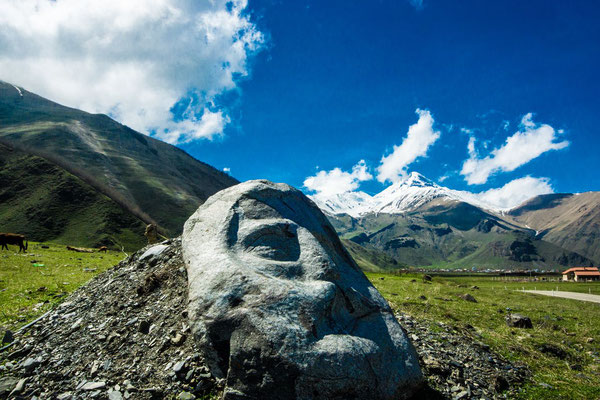